What Is a Holographic Will in California?
Any Will that has been written out by hand and signed by the testator is a Holographic Will; compared to the Will created by an Attorney which would be called a Statutory Will. These are traditionally created in emergency situations, such as when the Will maker is alone and close to death or for some other reason unable to do a proper Statutory Will at that time. A Holographic Will should be seen as a temporary solution, not a permanent solution. One famous example concerns Cecil George Harris, a Saskatchewan farmer who, seriously injured and trapped beneath an overturned tractor, scratched his dying wishes onto the fender. The fender was reviewed by the court and stood as his Will. While few Wills are made in such extreme circumstances, the Harris fender raises a key point about Holographic Wills – they don’t need to follow the “usual” rules for Will making.

The relevant legislation is found in the California probate code section 6111. As long as the Will meets the four requirements, it should be valid.

Does a Holographic Will Need Witnesses?
While you definitely need two witnesses for a Statutory Will, you don’t need any witnesses for a Holographic Will to be valid. This makes sense in emergency life-and-death situations, there simply isn’t the time for such formalities. That’s not to say that your Will can’t have witnesses, however. If you’re able to have two independent people, who are not beneficiaries, witness your signature and add their own signatures and information, then you should definitely take that opportunity. The role of a witness is to confirm that the Will has been signed by the person making it, that she seemed to be aware of what she was doing, and that no one who stood to inherit was exerting any influence over the Will maker. The court might ask the witnesses to testify to these matters if anyone challenges the validity of the Will.

Does a Holographic Will Have to Be Dated?
Ideally, a Holographic Will should be dated, but you do not have to do this for the Will to be valid. There are, however, some potentially serious problems if you forget to write a date in the Will. The main relates to duplication. If the deceased has left another Will from some other time and the second Will is dated, you have no way of proving which Will is the most recent. Most times, there are no witnesses who can testify when the Holographic Will was made. Unless there’s independent proof that the Holographic Will is the correct Will, then the dated document Will prevail.

What About Issues of Competence?
The other problem with undated Wills is a situation in which you find out that the person who died became mentally incompetent at some point before her death. When you are mentally incompetent, any Will that you create is automatically invalid. If there’s even the slightest possibility that the deceased made the Holographic Will during a time when he was mentally incompetent, then someone could contest the Will on the basis that the testator was not of sound mind when it was written, or was somehow tricked into writing it. 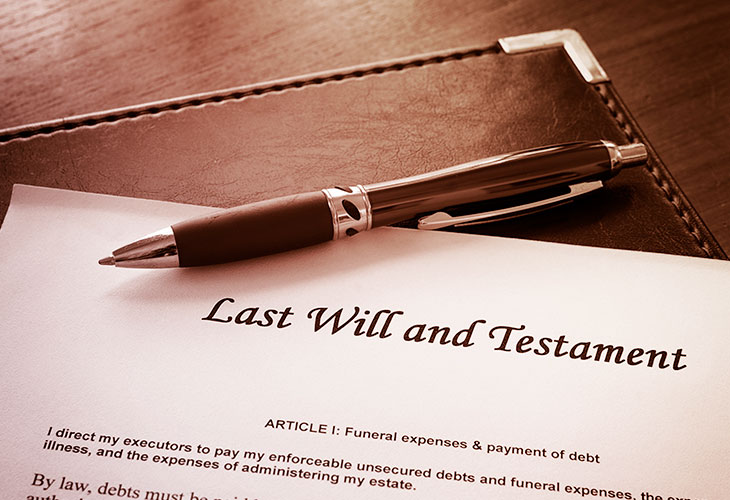 What Are the Rules Regarding Testamentary Intent?
Testamentary intent is the legal way of saying that you knew what you were writing and intended the document to stand as your last Will. One of the main ways a Holographic Will can be contested is if there’s no clarity on this point. For example, does the document look like a Will, or is it just some notes the testator was making before making a formal Will? Is the Will illegible or riddled with crossings out and amendments? Is there something else on the surface of the paper that the Will is written on besides the Will? Ideally, the document Will contain the words “this is my last Will” or a similar phrase. If it does not, the court may look more closely at the issue of testamentary intent.

What Happens if Someone Challenges the Will?
If the Will is clear and legible, the deceased’s family is happy with it, and everyone believes that it represents the last wishes of the deceased, then there should be no problem. It’s only if someone challenges the validity of the Will that the probate court Will take a closer look. Generally, any family member or other interested person can contest the Will if they are not satisfied with the inheritance or they think there’s a problem with the Will’s validity.
In this situation, the probate court has the job of deciding whether California Will requirements have been met. It Will consider such questions as: Is this the testator’s usual handwriting? Was she acting under undue duress or influence? Was she of sound mind when writing the Will? Is the Will intended to be a Will? Is it legible? Did the testator change her mind later and just forget about the document? The person who is challenging the Will may have to provide evidence to answer these questions, such as an expert in handwriting analysis.

What Are the Consequences of an Invalid Holographic Will?
If a Holographic Will is found to be invalid, then it’s as if the Will does not exist. Unless there’s another valid Will, the person Will die intestate. Like every state, California has its own rules about where the deceased’s property goes if he dies without a Will. These rules specify which family members are in line to receive an inheritance, who gets what and who has priority over whom. Basically, it’s the deceased’s spouse and children that take the estate, with his parents standing as the next in line.

Can you choose a Guardian for minor children in a Holographic Will?
Yes! In fact, in many cases this is the most important issue set forth in a Holographic Will. You are allowed to set forth your desires as to who Will raise any minor children you may have, or, take care of any disabled child or person you may have charge of. The courts make the final decision of giving the power to raise the minor child or to care for another needy person, but the Will represents your voice and request after you are gone.

Do Holographic Wills go through Probate?
All Wills go through some sort of probate, depending upon the size of and assets in the estate. The only way to avoid probate is to use a Trust or use any type of Operation of Law (beneficiary designations, joint tenancy, POD accounts)

If you have additional questions about probate and creditors, then please contact Gregory R. Beyer, Esq at the office of Beyer, Pongratz and Rosen, a Professional with close to 30 years of experience, by phone at 916-369-9750 or online For a Free Consultation. 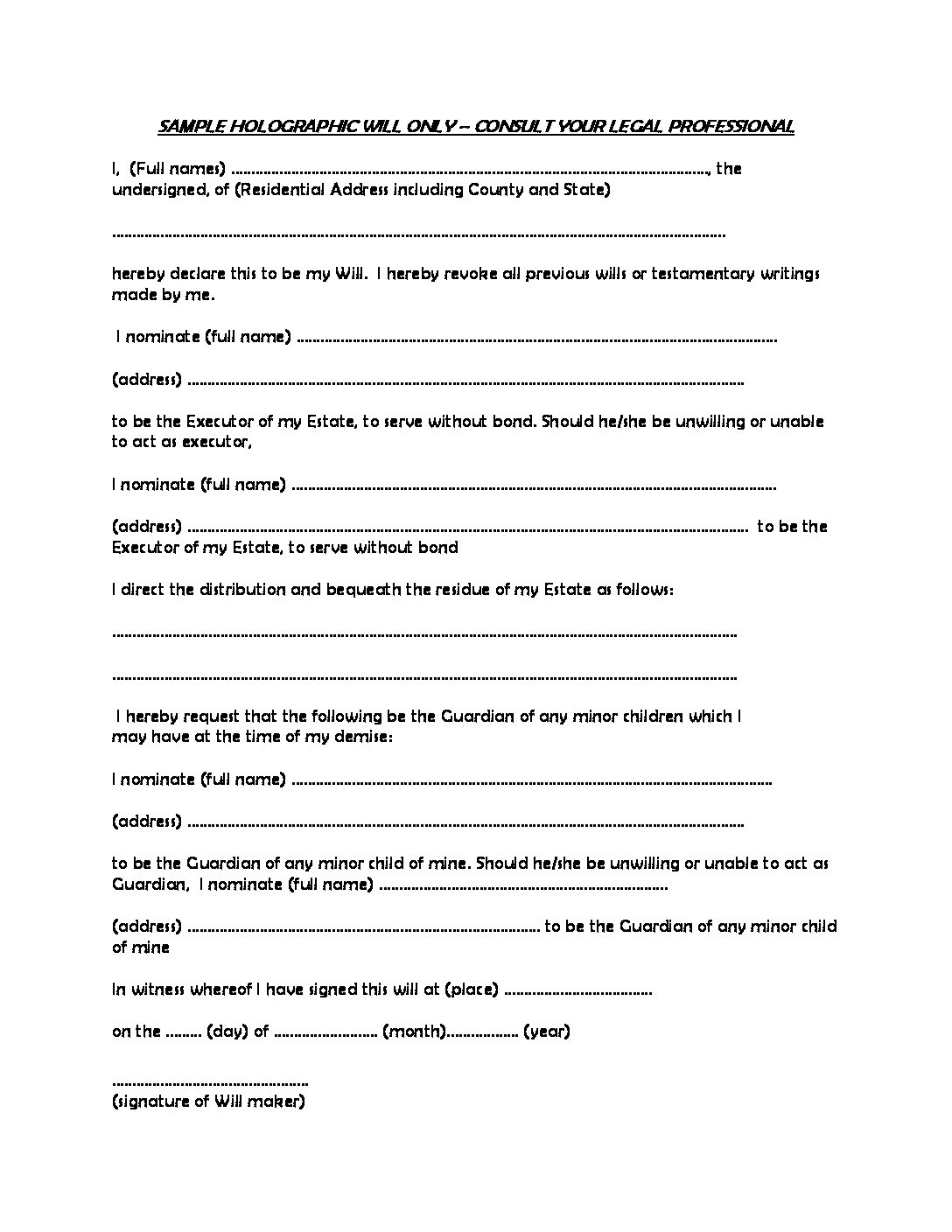