Understanding the Tax Ramifications of an Inherited Roth IRA

Estate Tax
If a Roth IRA is included in an estate valued under the taxable inheritance minimum, which as of Tax Year 2020 was approximately $11.5 million, no estate tax needs to be paid.

The traditional solution for married households with combined assets exceeding the taxable inheritance minimum, but lower than double the minimum, is the AB trust.

In an AB trust, the first deceased spouse’s assets (including the Roth IRA) pass not onto the other spouse, but into an irrevocable trust, called an AB trust, which cannot be taxed unless it exceeds the taxable inheritance minimum. When the second spouse dies, the same occurs, without taxation. Therefore, the couple’s assets are passed into the AB trust, a half at a time, to avoid exceeding the taxable inheritance minimum. This would avoid all estate taxes and allow the beneficiaries to be paid directly from the AB trust. For 2011-2012, however, a special extension to the estate tax was created, which grants couples with a combined estate of $10 million to transfer between spouses without being taxed, thus avoiding the AB trust altogether.

In addition, spouses may continue to contribute to the inherited Roth IRA or merge it with their own Roth IRAs. By doing this, however, the surviving spouse will not be able to withdrawal the earnings tax free until he or she reaches age 59 and a half.

The Roth IRA could also be transferred into a foreign trust to avoid domestic taxes, from which the beneficiaries could withdrawal the inheritance.

Another solution requires long-term planning, which divides other assets, such as real estate, equities and cash savings among other beneficiaries prior to death, which can be effective as long as the Roth IRA is not worth more than the taxable inheritance minimum. 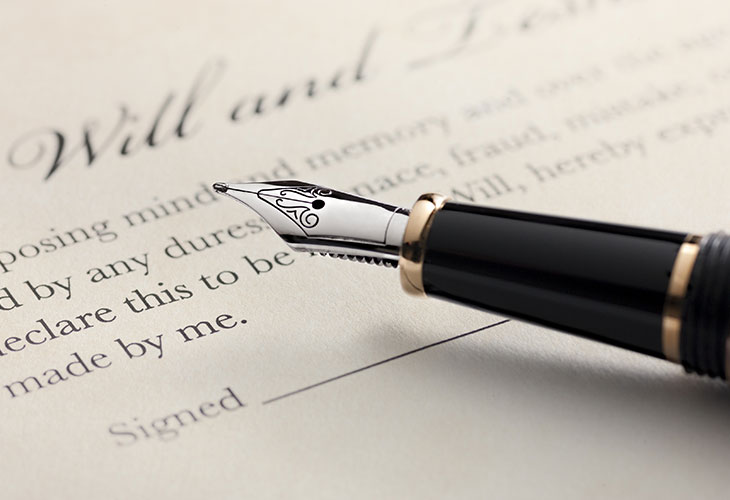 Non-Spouse Beneficiaries
If the beneficiary is not a spouse, there are additional limitations to inheriting a Roth IRA.

Firstly, the non-spouse beneficiary is not allowed to make additional contributions to the inherited Roth IRA, or combine it with his or her own Roth IRA. In addition, the beneficiary may elect to choose from one of two methods of distribution.

The first option is to receive the entire distribution by December 31st of the fifth year following the year of the IRA owner’s death. This can be done in order to sidestep income taxes on earnings; in addition, the beneficiary may withdrawal the contributions portion of the IRA other than the accumulated earnings at any time without taxation.

The second option is to receive portions of the IRA as distributions over the beneficiary’s life, terminating upon the death of the beneficiary and passing on to a secondary beneficiary. The distributions will initially come out of the contributions portion of the IRA, and later from the earnings. This is also used to sidestep estate taxes and reduce the annual tax impact.

Income Tax
The first and most important rule to remember regarding income taxes is the five-year rule. A Roth IRA must have been established for at least five years before its earnings can be withdrawn exempt from any income taxes. These earnings become tax-free starting on the first day of the fifth taxable year after the Roth IRA’s establishment. If the early withdrawal of earnings is not due to premature death, a 10% distribution penalty is levied in addition to regular income tax. If it is due the holder’s death, then the 10% distribution penalty does not apply. If the five-year requirement is satisfied, then beneficiaries can take out the Roth IRA’s earnings tax-free, without regard to the ages of the decedent or beneficiary.

Plan Ahead
This is a brief outline of the tax ramifications of an inherited Roth IRA. It is important to plan well in advance in the event of an untimely death, so beneficiaries are not shouldered with confusing taxes and can receive the fullest amount of the inheritance.

If you have additional questions about an inherited Roth IRA or any other aspect of estate planning, then please contact the office of Beyer, Pongratz & Rosen, by phone at 916-369-9750 or online For a Free Consultation.